Source (link to git-repo or to original if based on someone elses unmodified work): https://github.com/dangvd/ksmoothdock

KSmoothDock is a cool desktop panel with parabolic zooming effect for KDE Plasma 5, with the focus on smooth zooming effect and being simple and easy to use.

KSmoothDock is written in C++ and depends on Qt 5 and KDE Frameworks 5.

You can either install from a binary package or from the source code package.

Option 1. (Preferably) Download and install from a binary package: Currently there is a DEB package for the Debian distribution and its derivatives (Ubuntu, Mint etc).
- To install the DEB package, use dpkg/apt command, or, simply click on the DEB package from the file manager to launch the default package installer (e.g. QApt)
- After the installation, KSmoothDock can be launched from the Application Menu (Utilities category), or from the command line by running:
$ ksmoothdock

Option 2. If you want to install from the source code (for example, if a package for your Linux distribution is not available), download the source code package and follow the steps below:

You can now start the program by running the ksmoothdock binary created in that directory, i.e.:
$ ./ksmoothdock

You can also install the program by running:
$ sudo make install

After the installation, KSmoothDock can be launched from the Application Menu (Utilities category), or from the command line:
$ ksmoothdock

Could you give me a bit more details, what you ran and more of the error log?

Is there any way to set the transparency of the Applications Menu,
it seem much more transparent than the dock background.
Thanks,
GZU

It's fixed at the moment, but I can add the setting. Bug created: https://github.com/dangvd/ksmoothdock/issues/110

Now that the major change has been done, I should be able to work on this and the clock font feature for the next release.

Any chance of being able to change the clock font.

Sure it will be tracked here: https://github.com/dangvd/ksmoothdock/issues/102

Nice ! The ability to set different wallpapers to each virtual desktop is really nice nice and long overdue, thank you for taking time to restore it to KDE desktop!

9 Excellent dock! Are there polans to provide an option to keep the dock visible on the desktop, but allow apps to cover them (i.e. when full-screen)? Either way, glad I found this. Nice work.

1. Fixed some issues with building from source code on Arch, Manjaro and Fedora. Thanks the following github users for reporting and helping to fix the issues: omni6, shrinivas17081997, ttobsen, khongi, gzuaps.
2. New minor feature: added a shortcut-to-directory list in Edit Launchers dialog to make it more convenient to create a shortcut to a directory and make it more obvious that KSmoothDock supports it.

1. Major change: Combines launchers and tasks, similar to Mac OS X and Windows 7/10, including the ability to pin/unpin a program.
2. Bug fixes:
- Fixed a crash after removing a dock then change wallpapers

1. New feature: New visibility mode: Windows Can Cover (Quiet)
- With this mode, the windows will completely cover the dock and the dock will not be activated if the user moves the mouse to that edge of the screen. The only way to see it is to resize/minimize the covering windows to uncover the dock.
2. Bug fix: Fixed a bug that caused a flicker if the user interacts with another dock on the same screen.

1. Added an option to change space between icons
2. Some optimization for the Task Manager
3. Minor fix/clean-up

1. Added Panel Settings to the (right-click) context menu of optional components e.g. Pager, TaskManager and Clock, so that it is accessible from any part of the dock.

2. Fixed the bug where some of the non-KDE apps (e.g. Nautilus) don't show up in the Task Manager.

3. Minor bug fixes with the Task Manager, for example, with handling invalid window name regex in the icon override rules, or when checking skip-taskbar tasks.

1. New feature: Task manager
- Task icons are sorted by program and creation time
- Can set up icon override rules to change the task icon depending on the program and task description, to help the user more easily identify the tasks belonging to the same program. For example, a Gmail Chrome window can be set to use a different icon from that of a YouTube Chrome window.
- Standard settings such as show tasks from all desktops/screens or only the current one.
- Only show tasks from the current activity to avoid accidentally switching activities.
- Task manager can be turned on/off from the main context menu.
- Right-click on the task manager shows the context menu for standard settings and icon override rules settings.

2. Minor Improvements:
- Launchers now show a visual effect when launching
- Improved visual in the borderless, 100% background transparency mode (which is now the default)
- Don't do the parabolic zooming if the mouse is just near the border, as quite often the user was just scrolling a window etc

1. New feature: More visibility options for dock panels.
- There are now 4 visibility options: Always Visible, Auto Hide, Windows Can Cover (new) and Windows Go Below (new).
- Windows Can Cover (i.e. Intellihide) allows maximized windows to cover a dock panel. If covered, the dock panel will show itself when the user moves the mouse to the edge of the screen that the dock resides.
- Windows Go Below doesn't reserve screen space but maximized windows will go below a dock, unless the window is set to "Keep Above Others"

3. Minor improvements:
- Application Menu: now has an option to turn on/off reserving screen space when showing.
- Pager: now has an option to show desktop number.
- Pager: if no custom wallpaper has been set, it will draw rectangular translucent background with desktop number (like the pager in Plasma panel etc) instead of using "user-desktop" icon. If a custom wallpaper has been set, it will use the mini version of the wallpaper like the existing behaviour.
- Welcome dialog and Add Panel dialog: now have options to select the components
- Edit Launchers dialog: now has a Remove All button that will remove all existing launchers from the launcher list in the dialog. Of course the change doesn't take effect until and unless the user clicks Ok/Apply.

2. Minor improvements/bugfixes:
- Edit Launchers dialog now has a 'Launch a Website' command list to make it more convenient to create launchers to open Websites/WebApps.
- Using D-Bus Lock Screen command on a Launcher item now works properly, and it's been added to the D-Bus command list in the Edit Launchers dialog.
- Adds an option to set clock's font size to Large, Medium or Small. The clock's font size is still calculated automatically, but it will be scaled according to this setting.

1. New feature: Clock
- Can be turned on/off from the main context menu
- Left click on the clock shows calendar
- Right click on the clock shows clock's context menu with 24/12 clock format option and date&time settings
2. New: better support for multi-monitor
- If multi-screen is detected, there will be an option from the main context menu to select the screen for the dock to reside on
3. Various minor improvements/bug fixes

1. New:
- Add settings for background opacity and whether to show border
- Add an Online Documentation menu item to the context menu
2. Various bug fixes and minor improvements in terms of display and UI
3. Improve automated testing

1. New feature: Edit Launchers dialog
- Easy to add/remove/edit the launchers
- Drag and drop within the launcher list to reorder the launchers
- You can also drag and drop from an external source such as K Menu to create new launchers
2. Bug fixes/Minor improvements:
- Add some icons to context menu
- Pager now refreshes automatically when the number of desktops has changed
- Pager: Non-zoomed items now do not clip zoomed items
- Pager: Setting wallpaper for a non-current desktop now doesn't temporarily affect the current desktop's wallpaper
- When loading launchers, the field codes (%) are now filtered out from the command

1. New feature: Auto Hide
- Can be turned on/off from the context menu
- If turned on, hide the dock when the user leaves it and show it when the user moves the mouse on the edge of the screen that the dock resides
2. Bug fixes/Minor improvements:
- Corrects dock's height in vertical position with pager turned on
- Handles wallpaper loading error better
- Adds "Do-not-show-again" to wallpaper setting info message box
- If custom wallpaper is set with pager, draws a border around the pager icon for the current desktop
- Message box that recommends on the wallpaper setting feature of the pager, if it's not used (can be turned off with "Do-not-show-again")
- Corrects the icon of the default System Settings launcher item (the one created automatically when the user starts the dock for the first time)

- New feature: Pager
+ Can turn on/off pager from KSmoothDock's context menu
+ Click on a desktop icon switch to that virtual desktop, or, if it's already the current desktop, show/hide the desktop
+ Can set different wallpapers for different desktops (this requires Plasma desktop widgets to stay unlocked)
+ If individual wallpapers are set, the icons will be the mini version of the wallpapers
- Bug fixed: KSmoothDock now shows on all virtual desktops even if launched from Plasma Quicklaunch

- Sync the settings to disk immediately when the user clicks Ok/Apply from the Settings dialog. Previously the sync only happened when the user exited the program.
- Use stricter compiling flags to help prevent potential bugs.

Currently the panel only supports launchers (including a Show Desktop item), but more features will be considered.

Excellent dock! Are there polans to provide an option to keep the dock visible on the desktop, but allow apps to cover them (i.e. when full-screen)? Either way, glad I found this. Nice work. 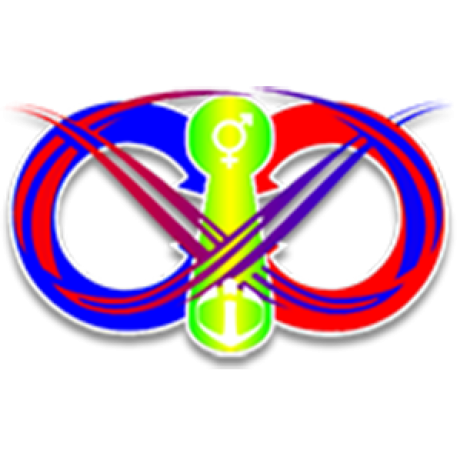 KSmoothDock is part of KDE Themes and Extensions, which is supported by the following people:

mark this product as clone
Other Various Plasma 5 Improvements: