Source (link to git-repo or to original if based on someone elses unmodified work): Add the source-code for this project on opencode.net

While browsing the internet for a GRUB theme to utilize on my deployments with high resolution, widescreen displays I stumbled across the "Stylish Dark" theme by vinceliuice [https://github.com/vinceliuice/grub2-themes]. I enjoyed some of the designer's choices; however, it didn't provide the experience I was looking for. As the author was kind enough to publish the resources under the GPL one has used them as a starting point to create a derivative work. The small bitmap fonts have been replaced with alternatives at larger sizes for enhanced readability. The selection of OS icons has been expanded to offer more options.

The archive contains only the theme's resources: there are no installation scripts or configuration tools. Installing the theme and configuring GRUB to use it requires superuser privileges.

1. Extract the archive in the appropriate location: GRUB's themes are commonly located at /boot/grub/themes/
2. Modify GRUB_THEME in GRUB's default file at /etc/default/grub so it points to the recently extracted theme. [GRUB_THEME="/boot/grub/themes/Standby/theme.txt"]
3. Execute grub-mkconfig according to local documentation in order to regenerate GRUB's config file with the new theme. Generally: grub-mkconfig -o /boot/grub/grub.cfg

It is possible to modify GRUB's config file manually with a text editor; however, frequently discouraged.

Unfortunately I no longer have a copy of version 1.5 or the PFF2 files created for and included with that release. Version 1.7 contains new glyphs and the font I used for menu entries in 1.5 [NanumMyeongjo ExtraBold] has returned so perhaps it will look more appealing on your display.

All the fonts have been rebuilt using the latest version of grub-mkfont. The menu item and terminal fonts were tweaked and remade using nearby fonts in the same family that converted to .pf2 better. NanumMyeongjo ExtraBold, which grub-mkfont insisted on naming NanumMyeongjo Regular, has been replaced with a font generated from NanumMyeongjo Bold which grub-mkfont was told to make even more bold. Source Code Pro Regular stands in for Source Serif Pro Regular as it is more monospace and has a cleaner appearance after conversion which is nice in a console. The dots on the i's are now more circular instead of ellipses resembling backticks.

Minor margin tweaks in the menu box to balance the dead space introduced by the scrollbar when it isn't present. Cleaned up a few resources and adjusted the positioning of the progress bar.

Recreated the openSUSE icon as it was pretty blurry and tweaked a few others.

The theme resources have been corrected, allowing the scrollbar to be drawn when necessary.

Additional icons have been added for the following options: FreeDOS, NetBSD, OpenBSD, Slackware and Solaris.

I was unhappy with the appearance of the Bold font used in the initial release. The tool used to convert fonts into GRUB's PFF2 bitmap font format frequently generates some jagged looking characters as glyphs get larger. After sampling a number of alternatives one decided to replace Luxi with NanumMyeongjo. During this process one also took the opportunity to clean up the angles for the circular progress bar and provide pips in a multiple of 5. 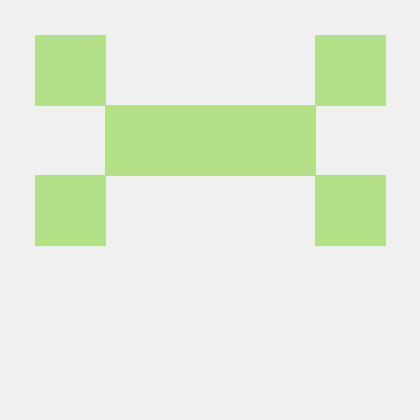 Standby is part of Artwork (Icons, Cursors, Wallpapers), which is supported by the following people:

mark this product as clone
Other GRUB Themes:

How to install a grub theme: